Heesen’s largest ever steel displacement yacht is currently in build, on target for launch in 2021. Hull and superstructure were joined together in October 2019 and the interior fit-out is well underway.

Measuring 60 metres overall and with a half-load displacement of approximately 800 tonnes, the yacht’s underwater lines are designed on the principles of Van Oossanen’s Fast Displacement Hull Form, refined by Heesen’s in-house naval architects. But an efficient shape is just one side of a carefully balanced equation. If the yacht is to fulfil its required performance parameters, engine selection is equally important.

In this respect, YN 19360 Project Falcon is a perfect example of the successful exchange of ideas between shipyard, engine supplier and the owner and his team.

MTU’s 4000 series engines, which are popular for being relatively small engines delivering a big power output, need no introduction. The power of these engines exactly fits the naval architects’ requirements, since they have MTU’s 1A ‘continuous’ rating, which makes the combination ideal. At their designated maximum of 1,800rpm, the 57-litre V12 M65Ls produce 1,920kW apiece, a combined total of more than 5,000 horsepower. This allows the yacht to cruise all day at her half-load design speed of 17.5 knots – and all night too, if necessary – giving her unparalleled fast passage-making abilities for a vessel of her waterline length.

Today, of course, the ability to cruise anywhere means little unless the yacht can also satisfy the emissions regulations wherever she happens to be – a point on which the owner made his requirements absolutely clear. Sensitive coastal environments identified by the International Maritime Organisation as Emissions Control Areas are almost invariably in some of the world’s most beautiful cruising grounds. So MTU’s selective catalytic reduction (SCR) system is a game changer.

Designed for the 4000 series engines for installation as an integral component of the propulsion package, SCR filters out diesel particulates and introduces a reactant into the engine’s exhaust gases to turn harmful nitrogen oxides (NOx) into nitrogen and water.

The SCR set-up used in the new yacht will be the first of its kind – a compact new ‘flat box’ design with space-saving capabilities, which still satisfies all the latest IMO Tier-III regulations. To put that into context, the new regulations demand a 75 per cent reduction in NOx emissions and a 65 per cent drop in particulates compared with their previous iterations.

This is a completely new combination. MTU originally tested the system with the V20 version of the M65 engine. At Heesen, we are currently building a semi-displacement aluminium motor yacht with SCR, which has the V16 M65s. But YN 19360 Project Falcon, a 60-metre steel displacement yacht will be the first in the world with the SCR system alongside the V12s.

The entire fit out of Project Falcon’s engine room, including the installation procedure for this latest model of MTU engines, followed an entirely new procedure for Heesen. In collaboration with Van Riel, a Dutch company renowned for complex industrial transportations, the two 13.2-ton engines were slid into the hull via the beach club and carefully positioned in the engine room. The logistics were carefully prepared by Heesen in order to complete the operation smoothly and with the shortest time possible.

A world first for a world-class yacht, built to cruise anywhere in the world – a fitting testament to the collaboration between the owner, Heesen and MTU. 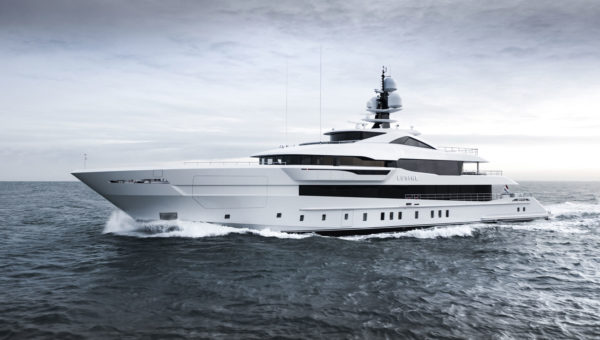 Heesen is delighted to announce the delivery of MY Lusine, YN 19360, previously known as Project Falcon. During intensive tests in the North Sea, she reached the contractual speed of 17,5 knots with acoustic and vibration performance within the required limits. Powered by two MTU 12V 4000 M65L... Learn more 10 Jan 2020

2020 a glorious year ahead for Heesen! 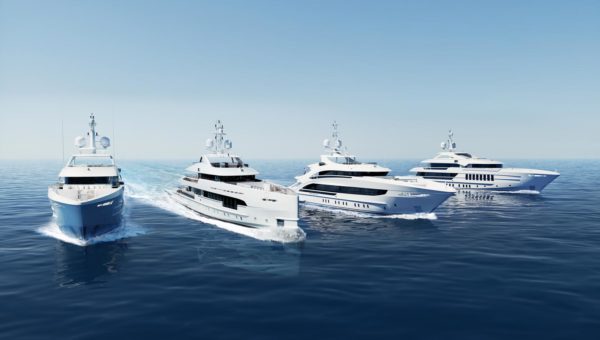 We are set to begin the New Year with an exciting programme. With no less than 13 yachts under construction at a total of 731 linear metres and more impressively at a total gross tonnage of 10,114 GT, with deliveries that span through to 2023, the shipyard will be busy with the launch and delivery... Learn more