Broadcast from Oss in the Netherlands, the second episode of Heesen’s YachtTalk Specials took place in the builder’s largest dry dock, which had been cleared out to make room for its latest 55-metre steel series, Project Serena. To learn more about Heesen’s bold speculative build programme, presenter Charlotte Kan sat down with Robert Drontmann, Heesen’s sales manager, and Perry van Hirtum, Heesen’s head of interior design.

The 83m dry dock where this episode’s filming took place is Heesen’s largest state-of-the-art shed to date. Commissioned in 2016, it enables the shipyard to realise its largest builds, such as the recently delivered 80m superyacht Galactica. It’s now primed to hold Project Serena, which forms part of Heesen’s successful speculative build programme, and is due to deliver in 2024.

“When we started the programme in the 90s, Heesen was one of the first shipyards to build speculative projects,” says Drontmann. “The true benefit of speculative builds is to give clients a shorter delivery time so that they can enjoy the boat sooner. Of course, only shipyards that are in a strong financial position can offer on spec    builds, and for Heesen, it helped to streamline out efficiencies and put us in an even more stable position.”Despite yachts around the world continuing to grow each year, Heesen’s sweet spot has stayed around the 50-55-metre size range. Drontmann also pointed out that Heesen is the only northern European shipyard building series boats of that size. “We should not forget that a lot of clients want to be able to enter small harbours, which you can’t do in the larger boats,” he says. “Also, our facilities are really geared up to build 50-55m boats in a cost effective and efficient way.”

When looking at Heesen’s 55-metre range from an interior layout perspective, the efficiencies are there as well, adds Van Hirtum: “Considering these boats are able to accommodate 12 guests on board, the interior spaces are generous,” he says. “They are well equipped, with enough space to offer both guests and crew privacy and relaxation.”

New features of the 55-metre series include sleeker, straighter exterior lines with larger windows. “We added a French balcony in the main deck master suite, with glass doors that slide open at the push of a button,” says Drontmann. “We also enlarged the sundeck area and added a crew staircase for easier service and improved guest privacy.”

Project Serena’s interior is penned by Florence-based Italian designer Luca Dini, who has added fresh creativity to the layout and design.

“This is our fourth yacht project with Heesen, but this time we were invited to work on the project from the outset alongside Omega Architects, who designed the exterior,” says Silvia Margutti, interior architect at Luca Dini Design, in a pre-recorded interview. “As a result, the platform enjoys some nice amends, such as the removal of columns that typically sit in the middle of the main saloon. This allows for windows on both sides and fills the area with natural light.”

Margutti also highlights   the sky lounge, with its large vistas as a comfortable area, as well as the less formal exterior layouts primed for outdoor relaxation and al fresco dining.

With a continued emphasis on sustainability, Heesen’s recently launched BlueNautech initiative focuses on shipyard efficiencies and ensures the use of new materials and energy saving solutions.

“Project Serena’s highly efficient hull form is a great example of our BlueNautech philosophy, as it enables us to build a performance boat with relatively small engines,” explains Drontmann.

Van Hirtum also highlights  the interior design differences of a speculative build compared to a full custom project, including the fact Heesen is one of the very few shipyards to take on all interior design and construction in-house at its dedicated workshop – yet another area where time, production and cost savings are made.

“All owners wish to personalise their boat, so when a client steps in really late on a speculative build, we are able to work out effective solutions to accommodate their preferences and wishes more easily,” says Van Hirtum. “Our in-house interior workshop means we can act on it quickly and work as a team to achieve the best result.”

The next instalment of YachtTalk Specials will be filmed from the Monaco Yacht Show, with insights, behind the scenes footage and the latest news on Heesen’s incredible superyachts.

Tune in next time to find out more! 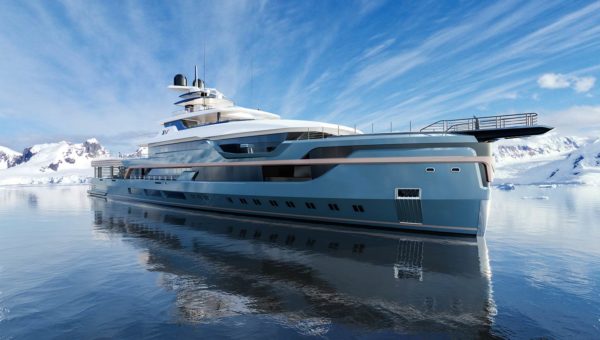 Four years ago, we launched Xventure, Heesen’s first explorer concept design, which coupled our technical expertise with the creative flair of Winch Design. The result was a 57-metre motor yacht with dramatic good looks and rugged capability. Following the latest design and technology... Learn more 26 Sep 2022

Project update: The hull and superstructure of YN... 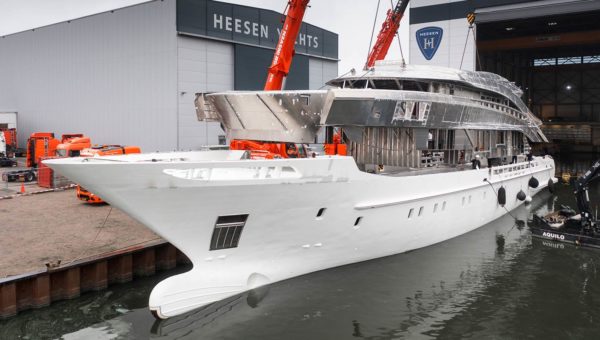 Heesen is delighted to confirm that the construction of YN 20150, code-named Oslo24, is on schedule. On September 24, the hull and superstructure were joined, following the installation of the two MTU 8V 4000 M63 IMO III diesel engines. The owners, keen sailors, selected the Heesen hybrid... Learn more