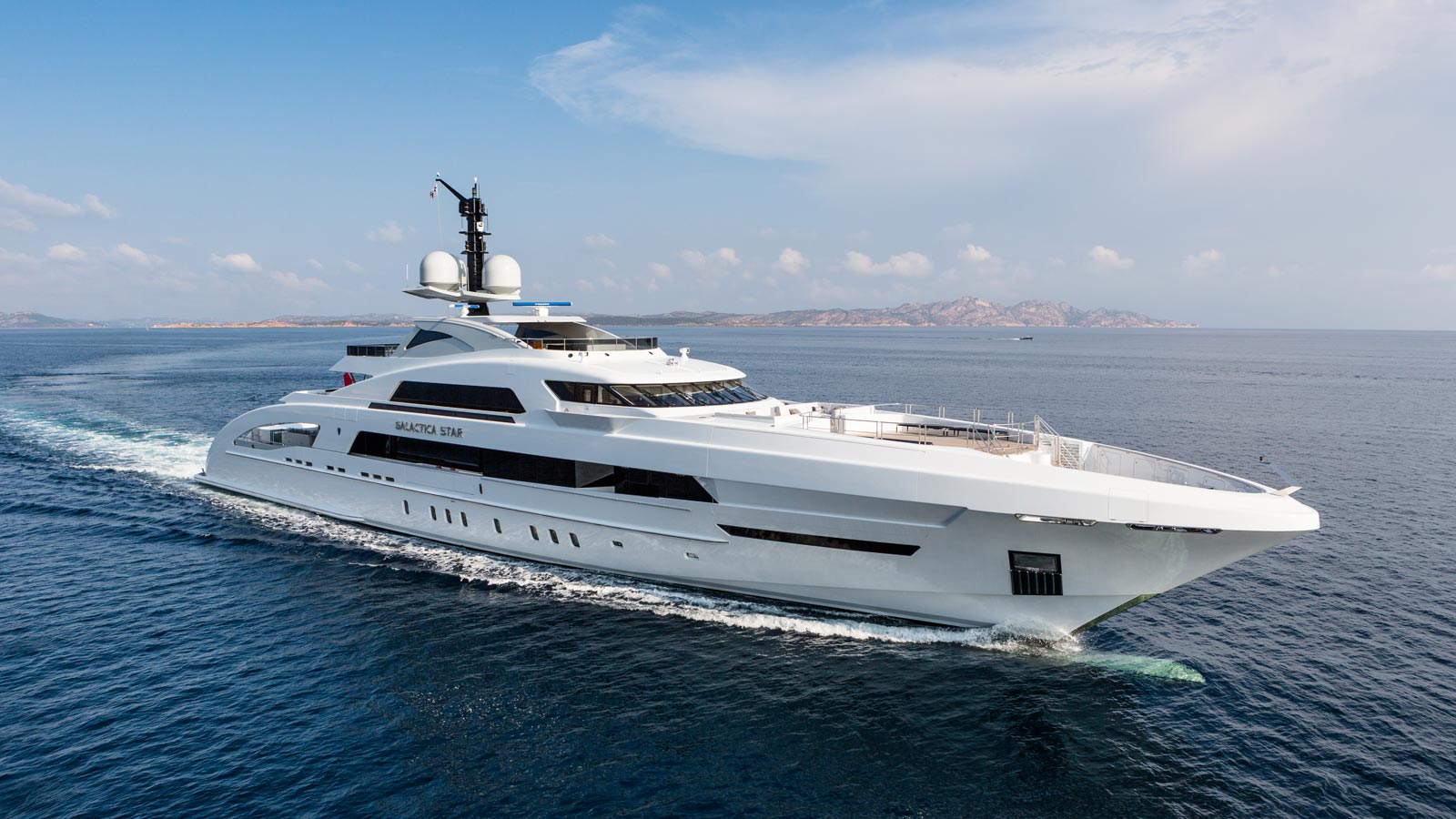 Galactica Star, a 65-metre Heesen is the world’s first aluminium yacht with a fast displacement hull. As a result, she has achieved what was considered impossible if you think along conventional lines.
The yacht was designed to achieve opposite objectives. To go faster but use less fuel and to go further but also faster. It is not a riddle, it is not evolution, it is quite simply the result of over 50 million computer calculations and exhaustive testing that had such extraordinary results that the model was retested to confirm the facts. In a world where a 5 percent gain is considered a triumph, this hull is 30 percent more efficient than any other yet tested.

Leave aside the technical and enjoy the lifestyle. Deck space is staggering with over 267 square metres on her three upper decks. The foredeck is both a helipad and sun terrace set over gull wing doors that open to reveal a full-beam tender garage large enough for the 7.5 metre Art of Kinetik speedboat. 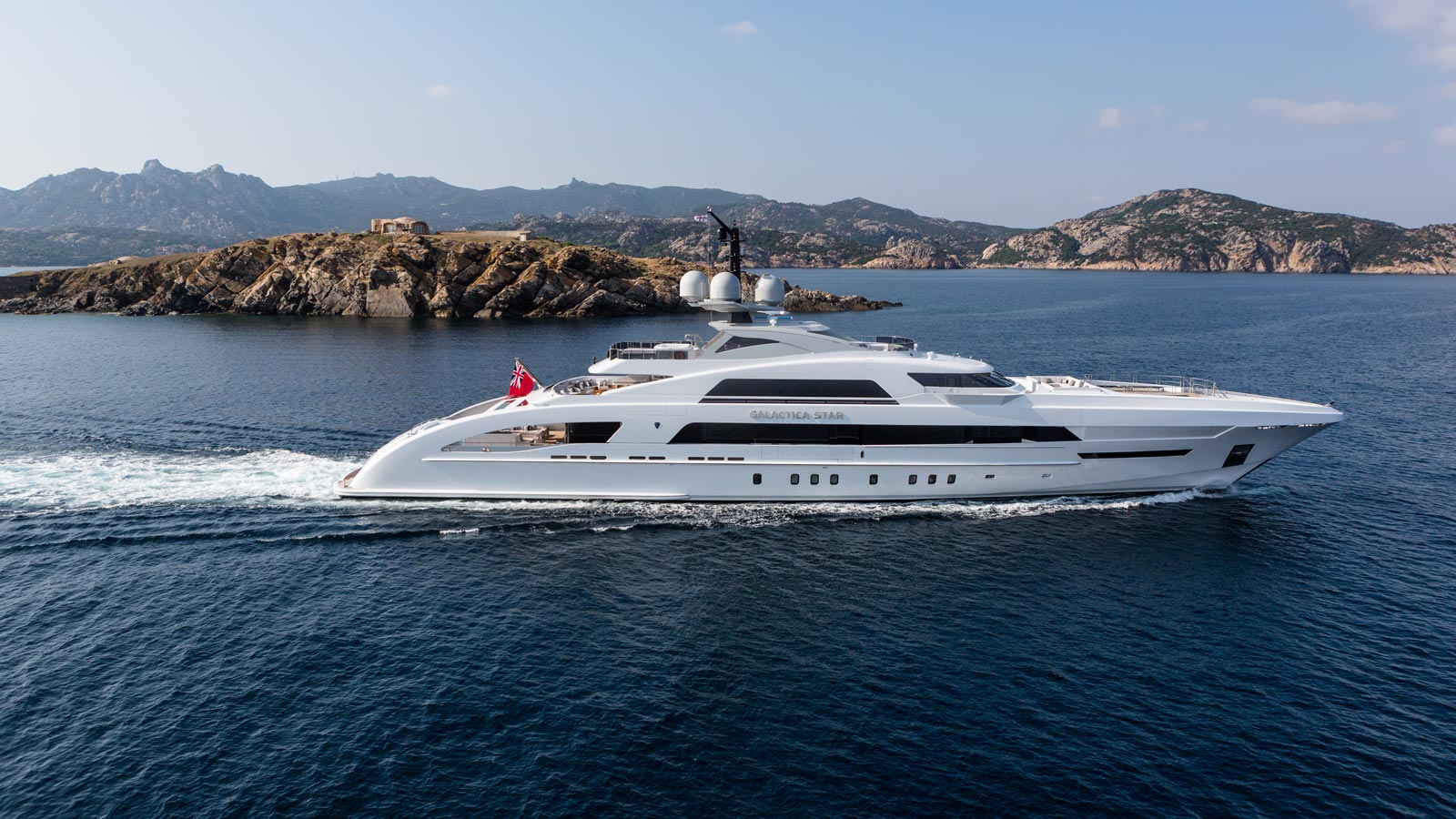 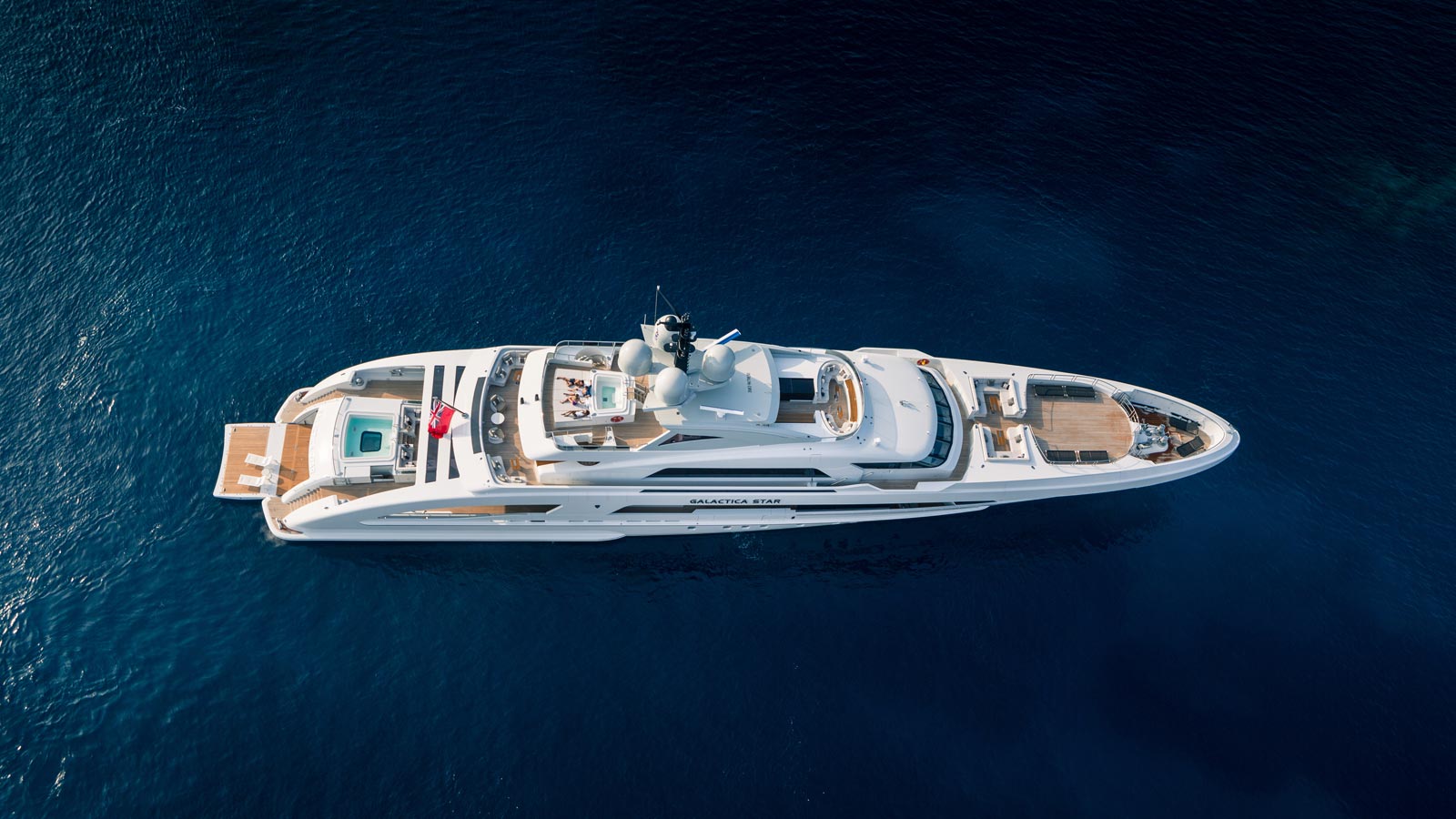 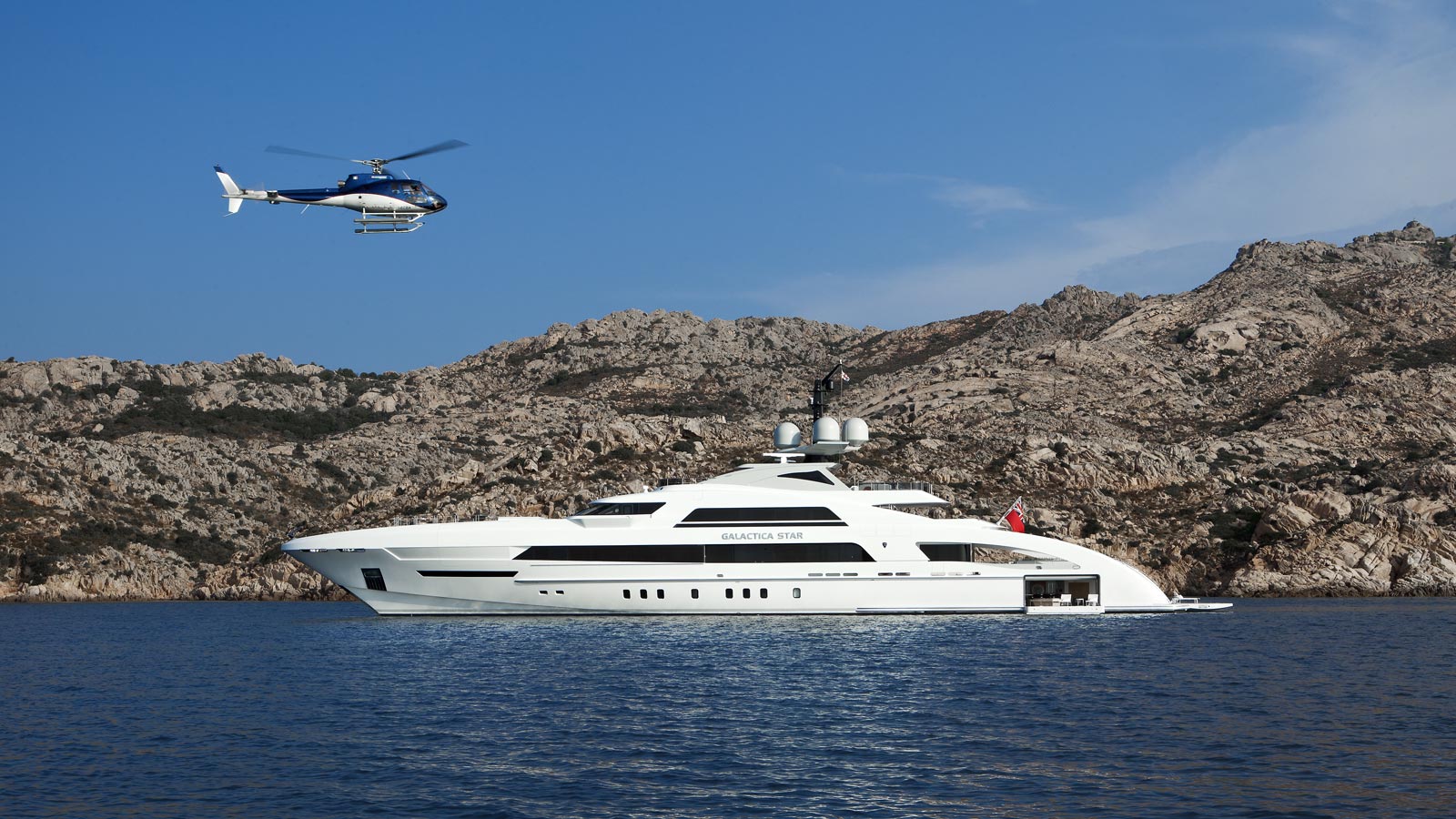 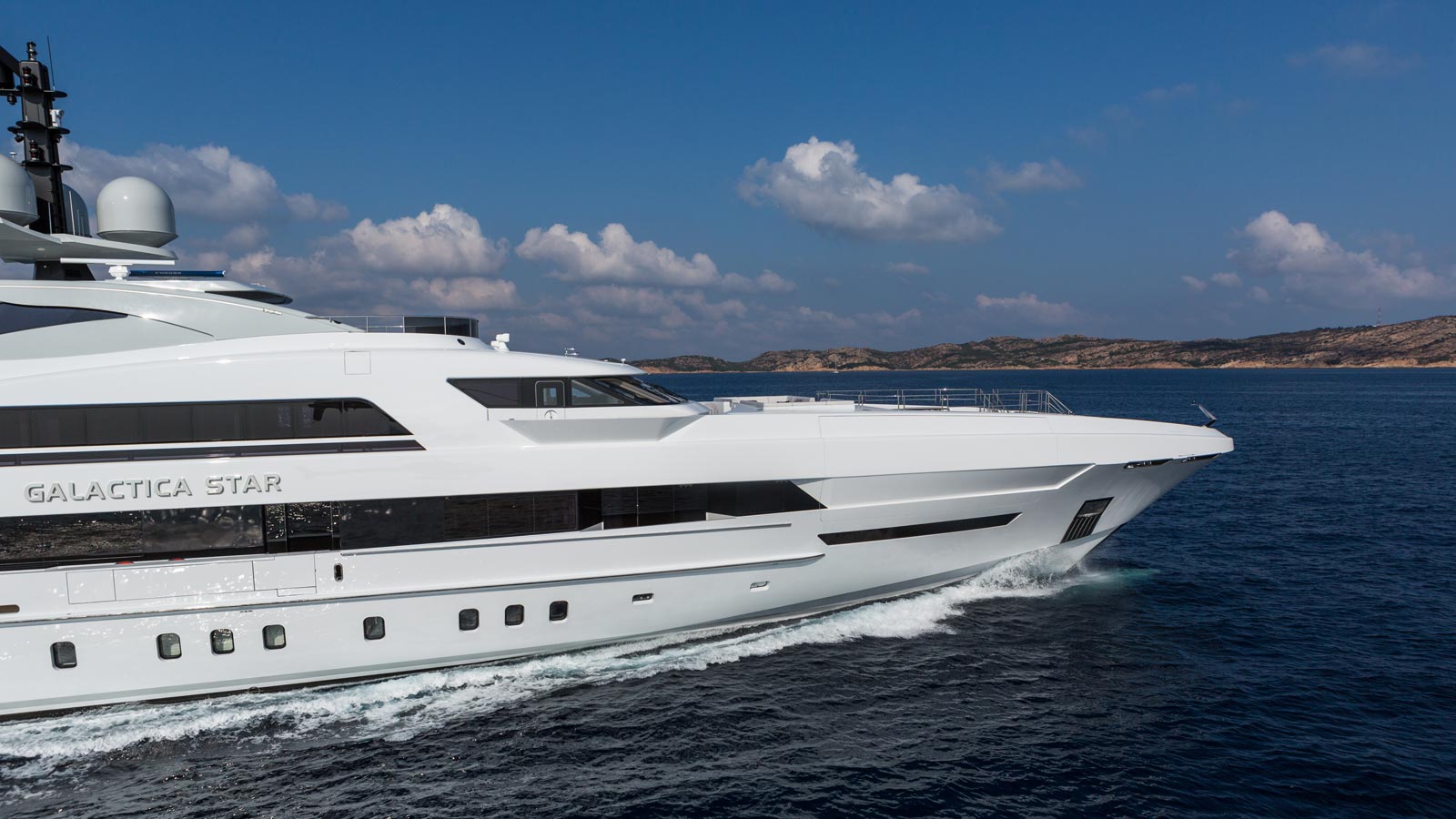 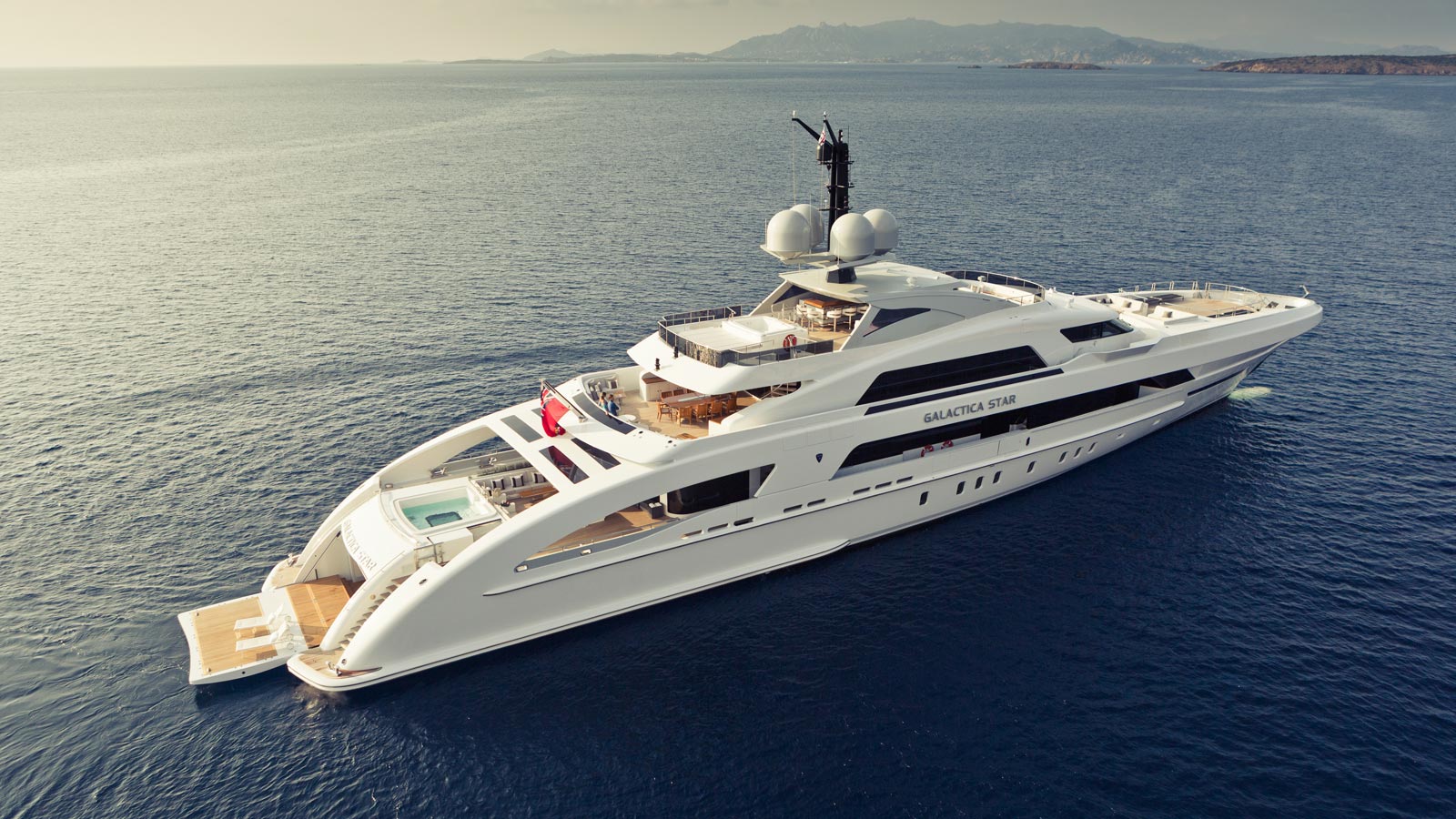 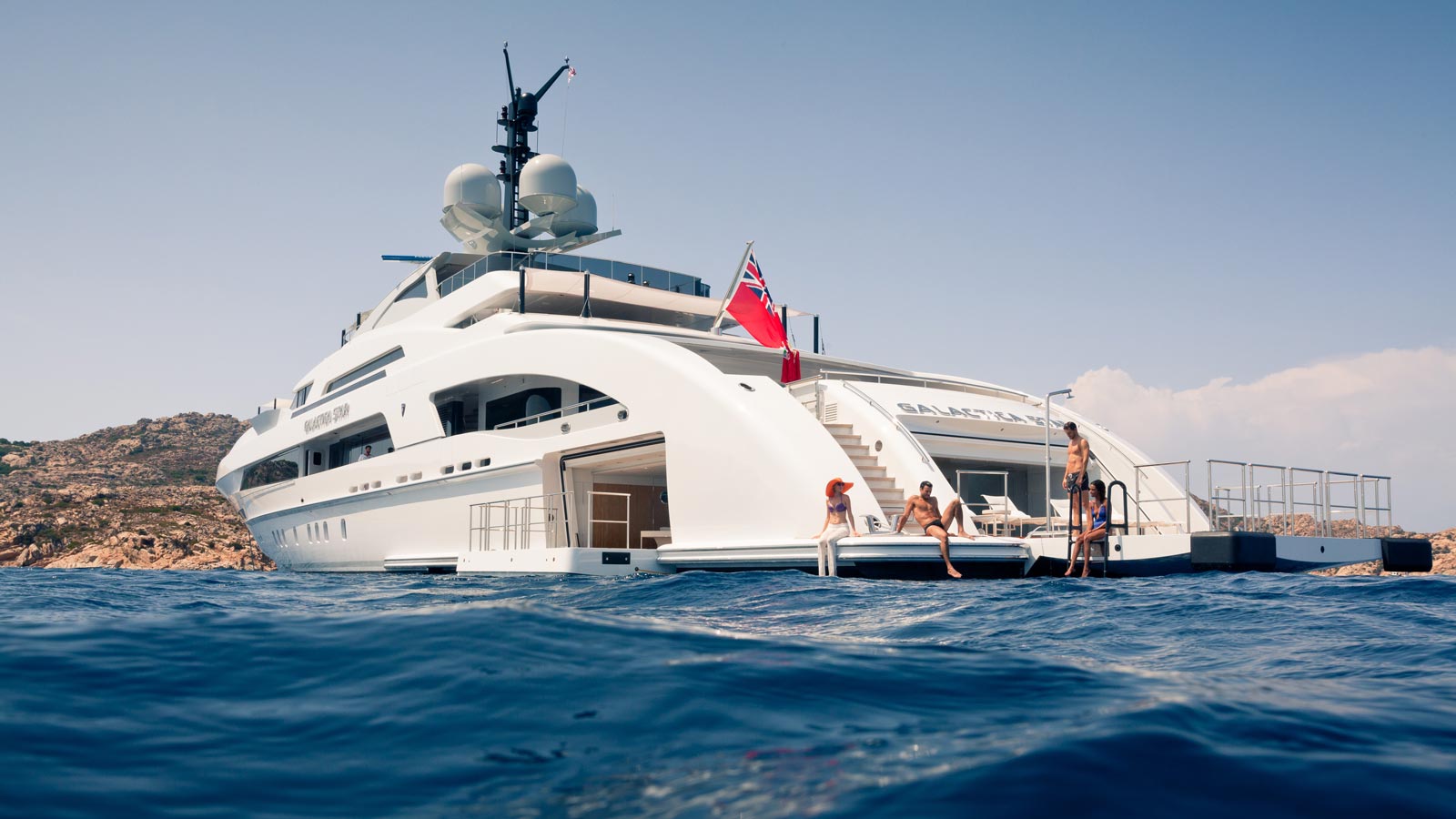 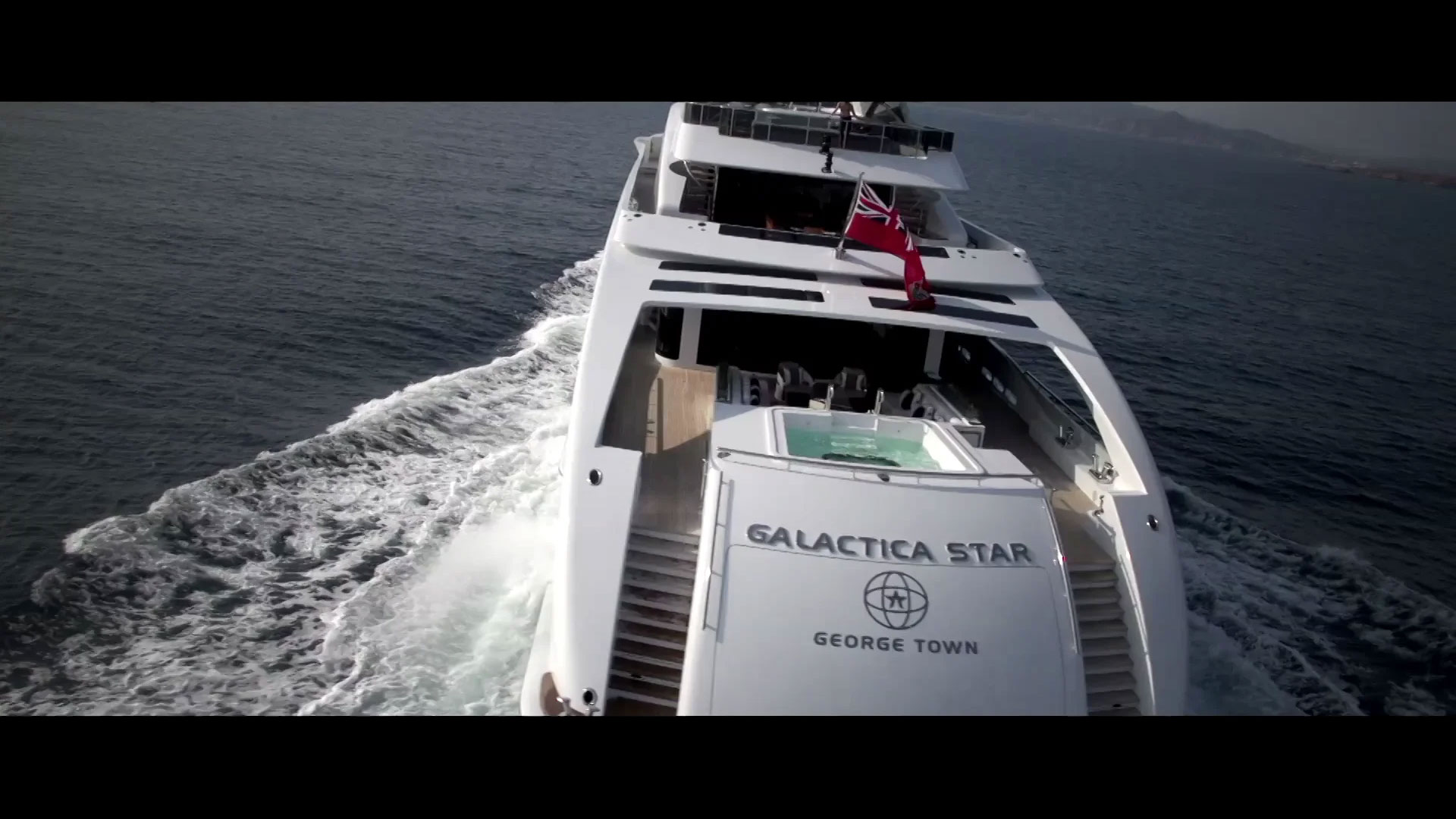 Galactica Star has been laid out to enable guests to dine on any deck at any time of the day. With a choice of ten locations the crew can transform each place to suit the mood of the moment. 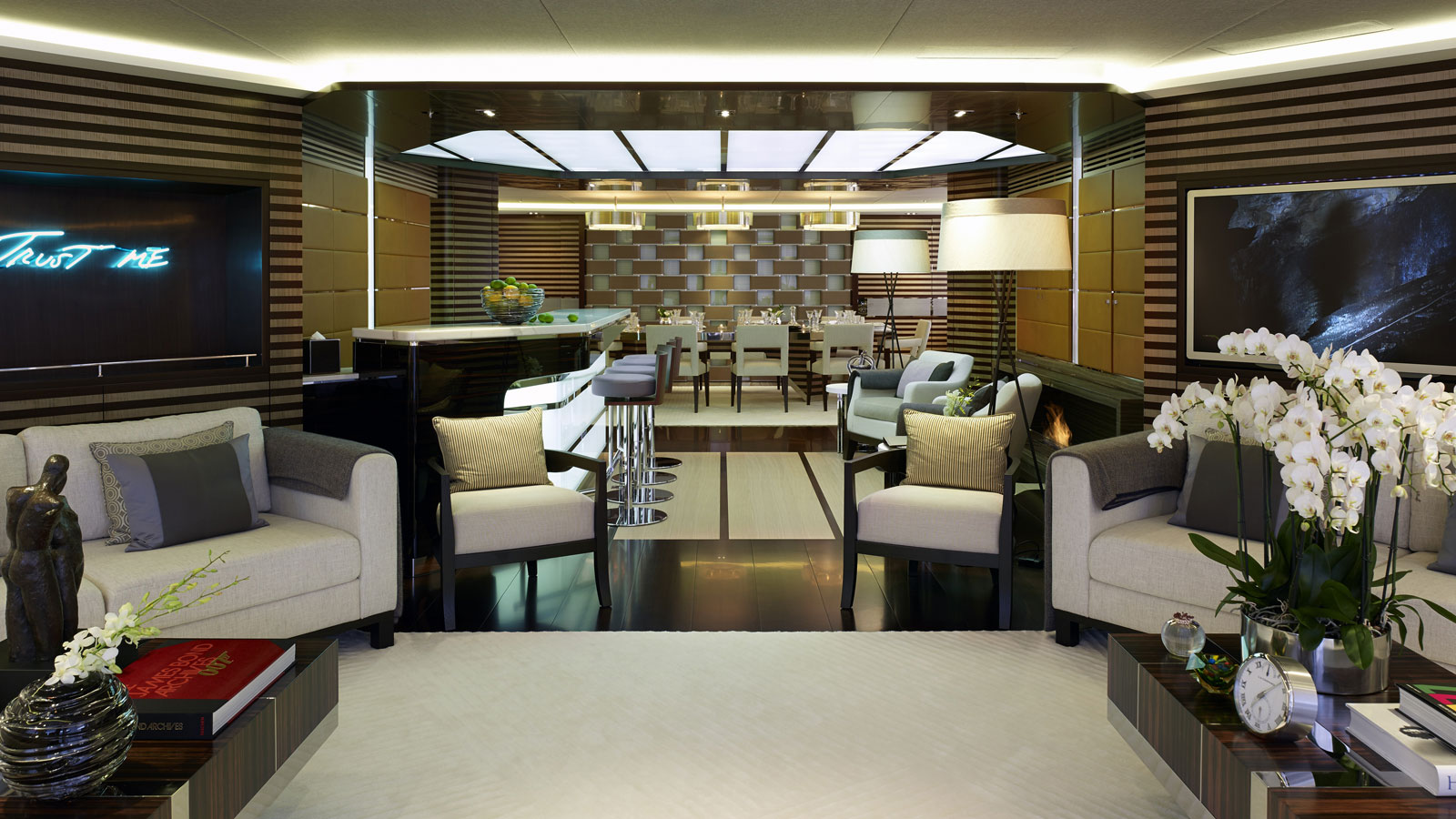 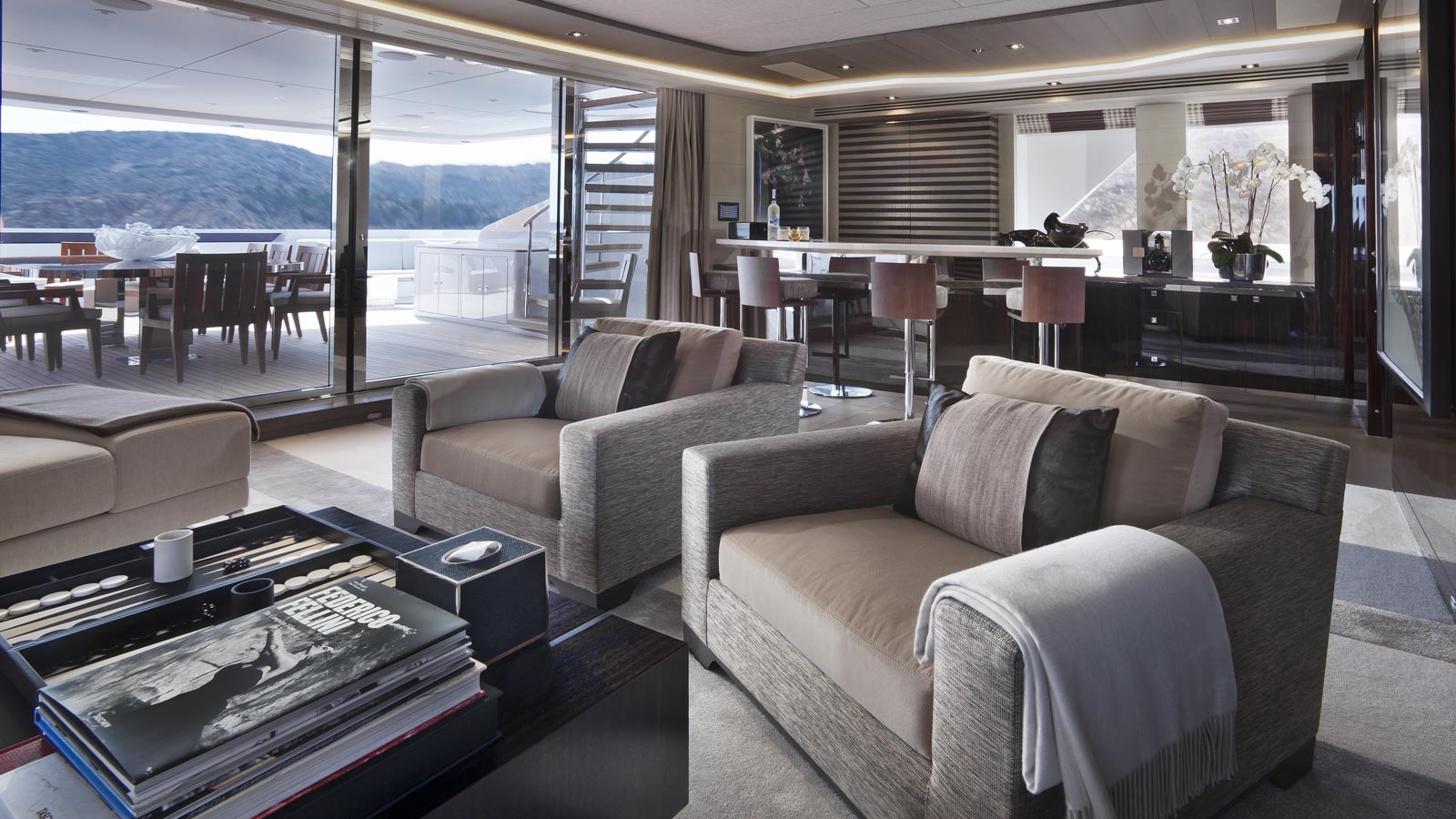 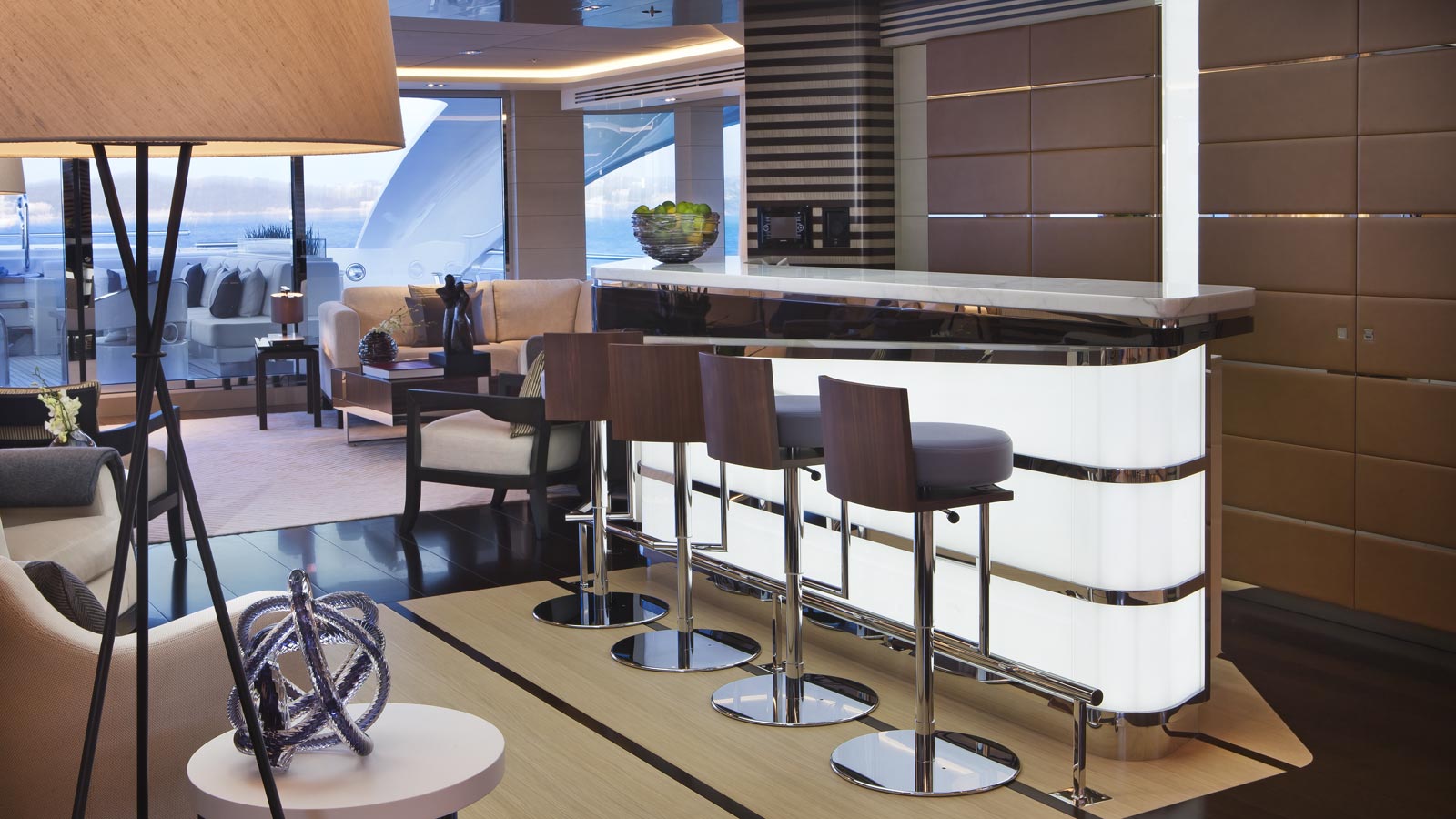 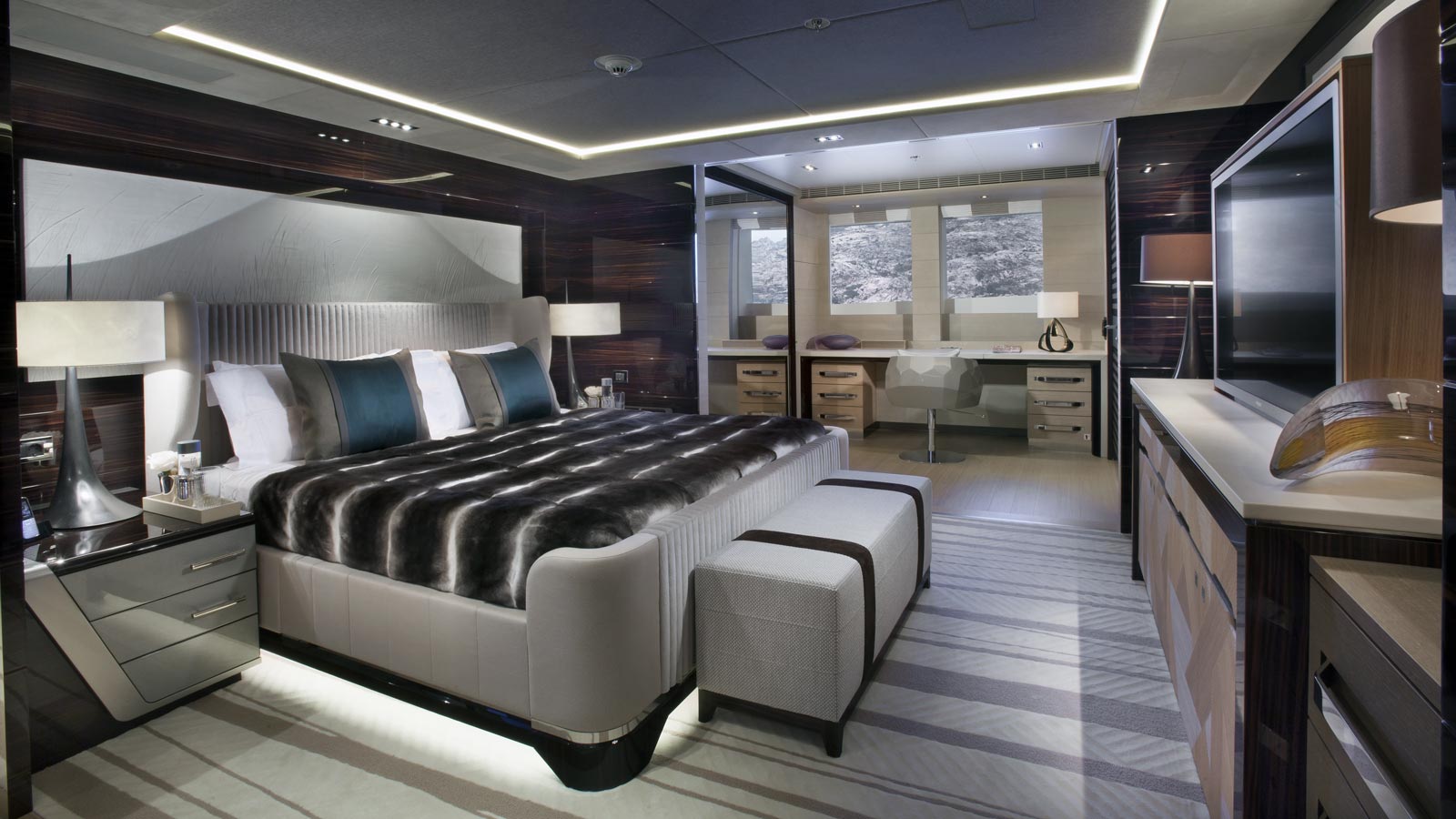 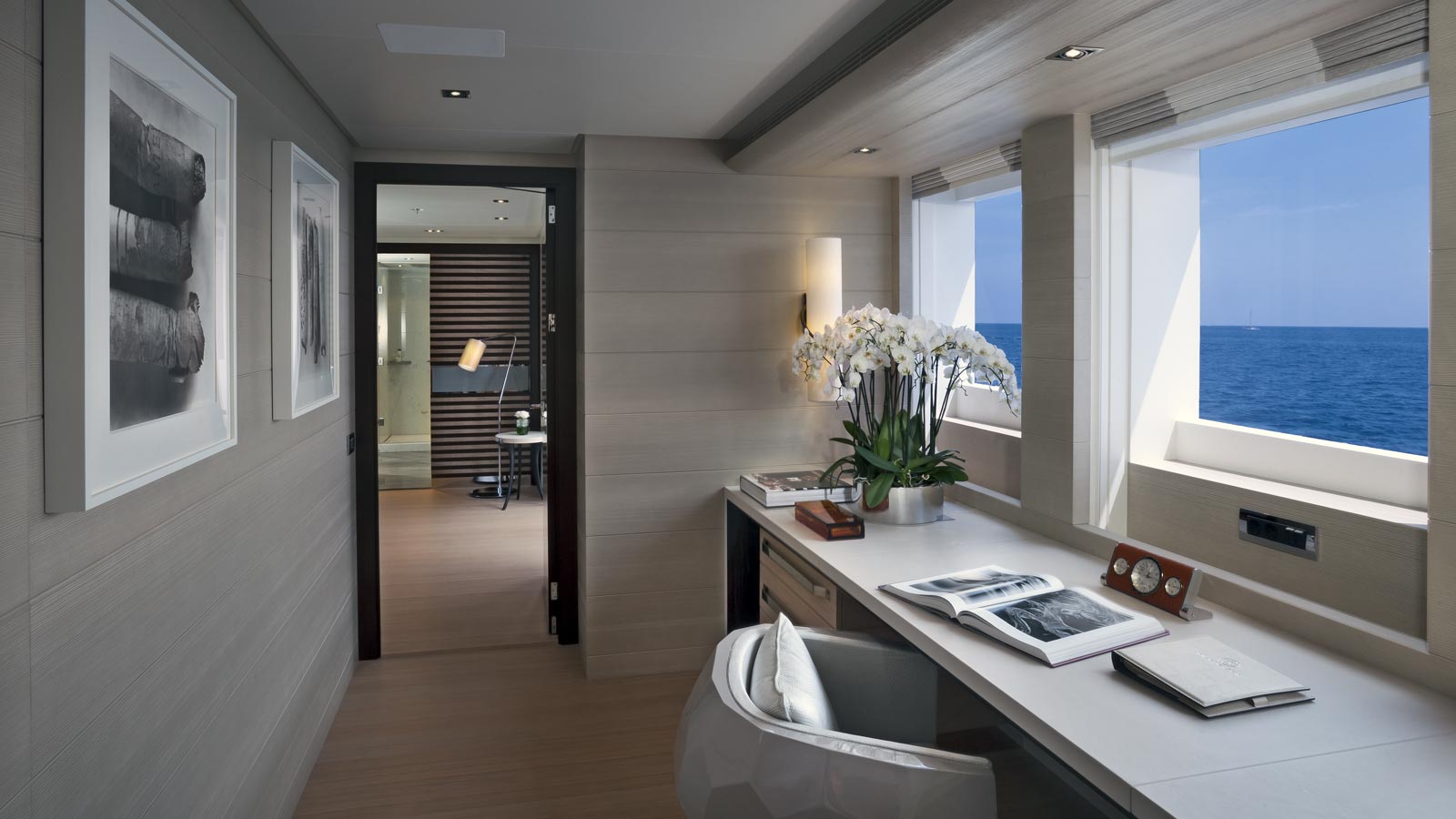 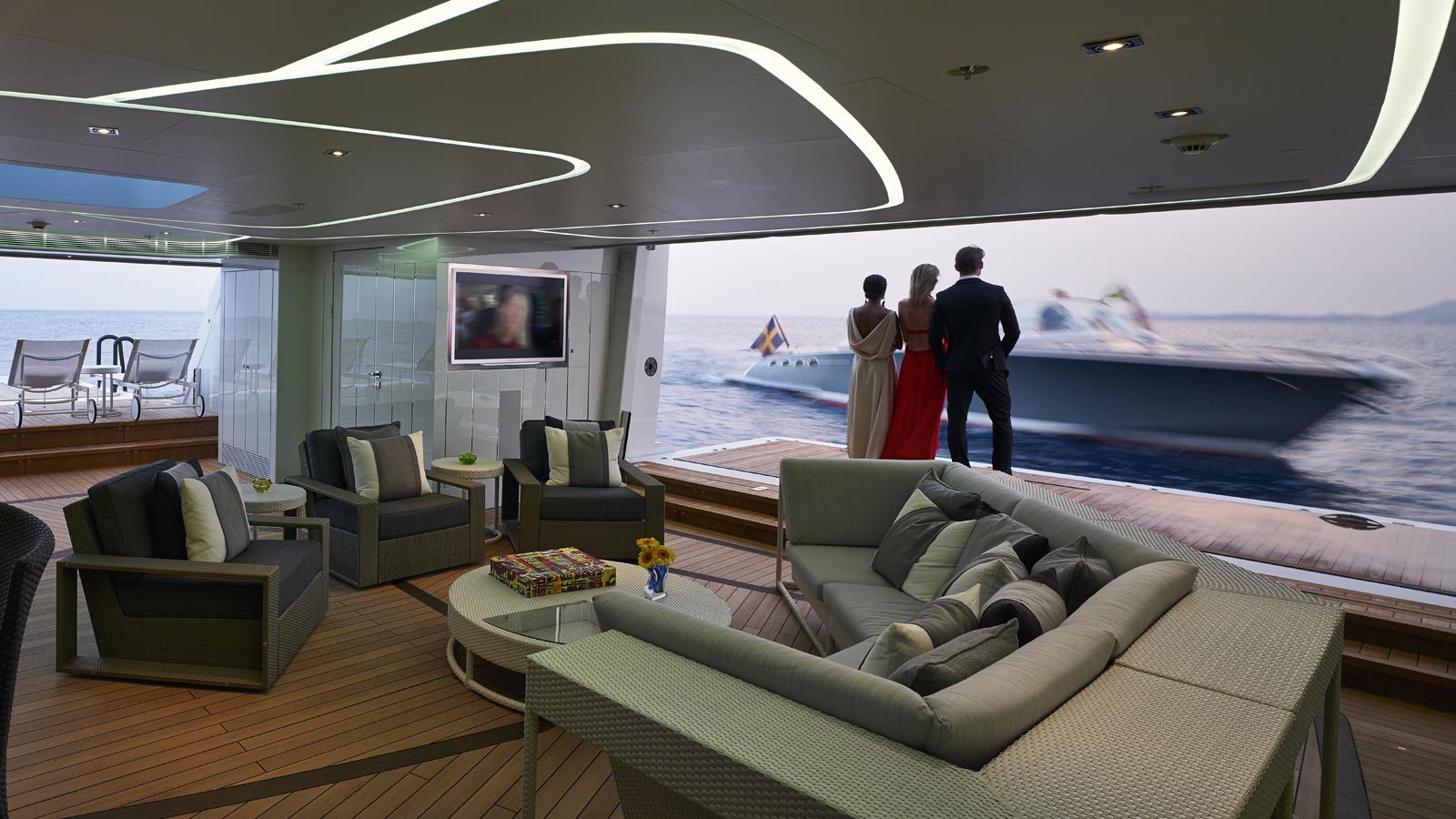